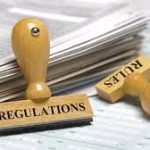 When it comes to the SCRA, banks and other financial institutions must follow the letter of the law carefully or risk steep fines.

The Servicemembers Civil Relief Act, a federal law, provides certain protections to members of the military. Which protections they get and when they are entitled to get them can be confusing. The Justice Department doesn’t easily forgive confusion, however, so it’s best to carefully study the laws of compliance.

One area in which the SCRA affords servicemember special treatment is with interest rates. According to the law, banks and lending institutions may not charge servicemembers on active duty more than 6 percent interest if the debt arises before active duty (there is another law, Military Lending Act, which covers debts that people into after they are in active service). This includes mortgages, auto loans, credit card balanced, student loans, vehicle leases and more.

What the SCRA Means to Banks

The law has to be studied carefully to find out at what point active duty begins. Is it when a reservist receives notice of the call-up? When they report for duty?

Also, in some instances, protections can extend after the end of the deployment for 30 days, 90 days or longer.

Servicemembers are required to notify banks of their deployment, but if there is any certainty or gray area regarding the period of time in question, it is best to err on the side of caution. Further, some lending institutions are taking the proactive step of investigating clients’ military status to ward off any problems that might crop up down the road.

Advice to Banks on SCRA Laws

Confusion in the banking industry surrounding the SCRA has led to costly mistakes. For a rundown of some of the guidelines, see our 7 Point SCRA Checklist for Lenders.

It’s important to note that while the DOJ has filed many a lawsuit charging violation of the SCRA, a bank may find itself on the receiving end of the agency’s attention for merely attempting a violation. Therefore, to even begin repossession or eviction proceedings or send notification thereof may be enough to trigger a lawsuit, and eventually, a fine, not to mention lots of bad publicity.

And it’s not just the DOJ that can file — any private litigator or even another regulatory agency can set the wheels in motion.

Cost of SCRA Violations for Banks

Although many of these cases are settled out of court, restitution, fines and penalties can reach into the millions — per violation. It’s worth it for banks and lending institutions to set up compliance departments whose sole focus is identifying members of the military. The yearly salaries of such employees pale in comparison to the price of violation.

The Servicemembers Civil Relief Act Centralized Verification Service is an invaluable tool for those charged with compliance with the SCRA. The SCRACVS provides definitive military verification, usually within 24 hours, saving your institution time and money. Further, for an extra fee of $30, the SCRACVS provides an affidavit that can be used in a court of law. Inaccurate affidavits trigger more penalties and fines, so it’s important to use a source you can trust. SCRACVS offers batch discounts for entities regularly doing large numbers of searches.