The 4th Circuit held that mortgage obligations incurred during military service are not transactions governed by the Servicemembers Civil Relief Act (“SCRA”).

While serving in the Navy, Richard Sibert purchased a house in Virginia, financing it with a loan secured by a deed of trust on the house. In July 2008, soon after his discharge from the Navy, Sibert defaulted on the loan, and Wells Fargo began foreclosure proceedings. But, before the foreclosure sale, Sibert enlisted in the U.S. Army. In May 2009, just after Sibert entered the Army, Wells Fargo sold Sibert’s house at a foreclosure sale. Sibert alleged that the sale was invalid under the Servicemembers Civil Relief Act (SCRA), which requires a lender to obtain a court order before foreclosing on or selling property owned by current or recent servicemembers where the obligation “originated before the period of the servicemember’s military service.” 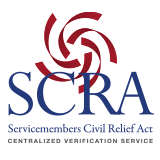 The above was reprinted with permission of the Carol Processing Inc., which is the publisher of the excellent “Complete Guide to Credit and Collection Law,” authored by Jay and Arthur Winston. This tome is the recognized guide, utilized by lenders and their counsel. Subscribers’ services are available at a very reasonable cost.

©2017 by Carol Processing Inc. d/b/a CCEF. More information can be found at www.ccefgroup.com. Reprinted with permission. All rights reserved. This information or any portion thereof may not be copied or disseminated in any form or by any means or stored in an electronic database or retrieval system without the express written consent of the Carol Processing Inc. d/b/a Credit & Collection Education Forum (CCEF) www.ccefgroup.com For more info please email [email protected]

Lenders Must Comply With SCRA Protections