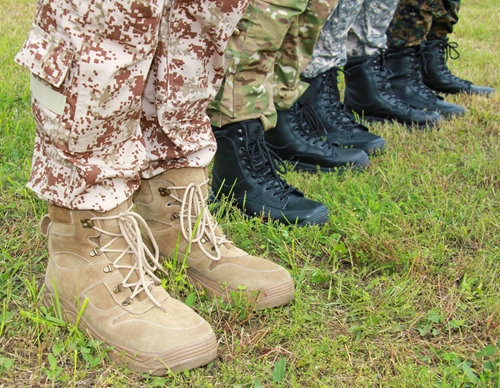 In early August, the U.S. Army announced that 2,500 troops from upstate New York’s Fort Drum would be deployed to Iraq and Afghanistan. This news is just the latest deployment from the area, as over the past decade countless service members have been sent overseas from the area.

As this news broke, the troops affected began to pack up their belongings and make arrangements – including the termination of the current lease agreements. In fact, the deployment news meant thousands of soldiers would have to leave their current apartments immediately, many before the end of their leases.

This current situation has thrust the Servicemembers’ Civil Relief Act back into the spotlight, as landlords and their tenants resolve outstanding debts ahead of this deployment.

AG warns landlords about renters’ rights under SCRA
The situation surrounding Fort Drum has caught the attention of New York Attorney General Eric Schneiderman. In an new release, Schneiderman cautioned the landlords around Fort Drum of the rights afforded to service members under the SCRA.

This issue was brought to his attention following concerns voiced by the troops about to be deployed. Some service members had alerted the Watertown Regional Office of the Attorney General – near Fort Drum – about landlords overlooking SCRA protections and asking for future months’ rent. Based on the SCRA, service members are legally allowed to terminate their leases upon first written notice. The troops in question needed to leave their rental units by the end of August at the latest.

“The protections in the Servicemembers Civil Relief Act are not optional and my office will be vigilant in shielding deploying servicemembers from those seeking to take advantage of them,” Schneiderman said in a statement.

According to the Watertown Daily Times, one possible reason why landlords are asking for additional rent payments is the state of the current housing market. Supply is gaining on demand, which means that there are plenty of apartments to go around for renters. Therefore, landlords have a greater chance of losing out on a tenant to a competitor. The deployment also removes thousands of renters from the market for at least the next year, depending on the length of the deployment.

Landlords are required to follow act
The key consideration in this case is the SCRA itself. The rules set forth under this act are mandatory for all landlords who have service-member tenants, as noted by Schneiderman in his press release.

In relation to lease terminations, the SCRA mandates that service members can terminate their leases if they are notified of a change in deployment, such as in the Fort Drum scenario. However, the tenants are then required to provide a written notice of the change in duty to their landlords, including a copy of orders if possible.

As emphasized by Schneiderman, SCRA rights go into effect once the landlord receives this first written notice. As a result, all payment obligations are required to terminate, including the lease itself. For the landlords requesting additional payments from service members about to be deployed, those actions are now SCRA violations.

“Landlords need notice at least one month before termination.”

There is one important consideration with the written notice: time. Under the SCRA, service members are required to provide written notice before the month of termination. Using the Fort Drum case as an example, troops who notified their landlords before Aug. 1 are allowed to terminate on the last day of that month. Troops who notify after Aug. 1 can terminate on the last day of the next month, which would be Sept. 30.

Landlords must review active duty dates
With this crucial fact in mind, landlords who rent to service members must be aware of the written notice date and the date of deployment. If tenants properly notified the landlord more than one month in advance, the lease will be terminated and all payment obligations are resolved. If not, the landlord may be able to continue to lease for one more full month.

Either way, knowledge about these dates is a must. As evidenced by Schneiderman’s cautions to New York landlords, SCRA rights have to be a priority for landlords, tenants or any other party with financial dealings with service members.