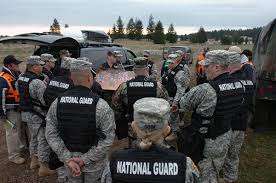 If you’re worried about how the law applies to these groups, you’re smart to be concerned. A misstep in this area can be expensive.

Who is entitled to automatic SCRA protections? Active-duty personnel in the Army, Marines, Navy, Air Force, Coast Guard and commissioned officers of the Public Health Service and the National Oceanic and Atmospheric Administration (NOAA) as well as reservists called to active duty. While there are certainly differences between the National Guard and reservists and their duties and functions, your principal concern is centered around how they are called to duty and by whom.

Protections for National Guard and Reservists

Both the governor and the president have the power to call up the National Guard. But federal SCRA benefits apply only when the president issues the call-up. Further, the call-up must be under 10 USC 12406 and exceed 30 days for these protections to kick in.

Members of the reserves and National Guard include volunteers, those activated involuntarily and inductees. But if they are not on active duty, the federal SCRA does not apply.

However, certain states have written their own versions of the SCRA that give add additional protections for reservists and National Guard members by extending protections to servicemembers called up by the governor.

Thus, if you do business in a state with such a law, it doesn’t matter who called the servicemember to active duty — SCRA protections apply.

All these slight distinctions can be confusing. Although it’s easy to make a mistake, the Justice Department is not particularly forgiving in these instances. Thus, to be safe, it’s best to make military status verification a standard step in the process of taking any action against a debtor. Securing an affidavit of military service can further cement the details of your investigation.

The SCRA can be murky, so it’s best to move cautiously when dealing with servicemembers.

Congress created the SCRA to relieve active-duty personnel of worry over debts, foreclosure and similar actions while they are serving our country. But SCRA protections are not always absolute and they are easy to misinterpret. That’s why lenders should become familiar with the SCRA and all of its provisions and exceptions.

For help identifying active-duty servicemembers, log in to your account at the Servicemembers Civil Relief Act Centralized Verification Service. If you haven’t registered, you can register to obtain your military status verification here. We provide documentation to you within 24 hours. Getting answers is quick and easy, and keeps your institution compliant.