President Trump is loosening restrictions on protections for servicemembers, according to a recent NPR story. 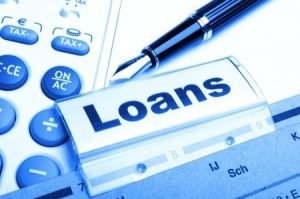 The changes, if enacted, will come via the Military Lending Act rules. This law, similar to the Servicemembers Civil Relief Act, provides protection to servicemembers on active duty. Specifically, the MLA lays out rules for lending to servicemembers.

The proposed changes would pertain, in part, to servicemembers seeking auto loans.

When a consumer buys a new car, auto dealers often try to sell them so-called “gap” insurance — insurance to cover the value of the car not covered by the owner’s car insurance company. Lenders sometimes use scare tactics to pressure buyers into agreeing to purchase this insurance, telling them that if they do not have it and the car is totaled, they will be responsible for paying off the entire loan even if they were reimbursed by their insurance company for a lower amount.

Whereas this insurance may have value, it is available from auto insurance companies for about $20 or $30 a year. Auto dealerships, however, may sell the insurance for as much as $1,500 a year.

The MLA has thus far prohibited car dealerships or other institutions that offer auto loans from selling this insurance to servicemembers. But if the Trump administration continues to listen to the powerful auto industry lobby and the changes to the law go into effect, servicemembers will no longer be exempt from this aggressive sales pitch.

Further, the Consumer Financial Protection Bureau, once a protector of servicemembers that even filed lawsuits on their behalf, would stop investigating predatory payday loans to servicemembers as well as questionable lending practices at other institutions. These include interests rates higher than 36 percent, forced arbitration, penalties for early payments and more.

According to a CFPB report, the agency has identified $130 million in fraudulently collected funds since 2011, which it has compelled lenders to return to servicemembers.

Under the new rules, the CFPB would still investigate complaints, but it would not otherwise check up on lenders.

Prior to the MLA’s enactment in 2006, it was more common for servicemembers to fall deeply into debt. This compromises their ability to do their jobs, as it creates distraction for them. It may also cause them to lose their security clearances and can even be cause for discharge.

Because so many servicemembers are young and have not yet established credit, they are particularly vulnerable to predatory lending practices. Dismantling their safeguards could lead to a reduction in military personnel and a possible threat to U.S. security.

The CFPB’s new interim director, Mick Mulvaney, has been a longtime critic of the bureau and said it should be less aggressive in its protection of consumers.

Use the SCRACVS for Military Verifications

While these changes can afford lenders leeway, they have not yet been passed. In the meantime, lenders should continue using best practices when lending to servicemembers.

Before taking any action against a borrower, check to see if they are in the military. Failure to verify military status could lead to steep fines and orders to pay restitution.