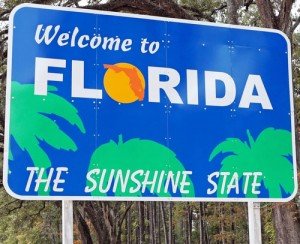 Regardless of the circumstances, everyone must follow the Servicemembers Civil Relief Act to the letter. Failing to do so can lead to legal trouble, as demonstrated by a heartbreaking Florida SCRA case.

According to the Miami Herald, Jimenez served in Iraq and Afghanistan disarming bombs and improvised explosive devices. A career soldier, Jimenez has been in the Army since 1986, including an active-duty stint from 1996 to 2000. In 2003, he re-enlisted as a reservist. Jimenez was training to ship overseas again when Miami-Dade County demolished his home.

Jimenez was unreachable due to his training while the county was demolishing his home, according to the news source. This meant that his hearing-impaired brother, five-months-pregnant wife Laura, her mother and their diabetic daughter had to carry out what possessions they could from the house before city officials commenced the demolition. They lost many of their possessions, including a prized upright piano.

This story prompted a Miami federal judge to rule that the county violated the Servicemembers Civil Relief Act by failing to honor the 90-day delay, which Jimenez and his commanding officer requested, the Herald reported. Under the SCRA, servicemembers who cannot attend to responsibilities as a result of their service can request a delay. Jimenez is now free to pursue damages against the county and two building officials connected with the case.

The Other Side of the Story

While this case appears open and shut, readers should consider a number of factors. According to the Herald, court papers filed by Miami-Dade County show that the county’s position was that it gave the Jimenez family numerous opportunities to repair or knock down and rebuild their home after building inspectors deemed it unsafe for residence.

“It is my duty to remove individuals from structures which may cause a potential hazard to the safety and welfare of this family,” building chief Charlie Danger wrote in November 2007, according to the news source. “This is why I cannot find a reasonable justification to allow the Jimenez family to continue to reside under these severe circumstances.”

In May 2007, the county cited deteriorating conditions in Jimenez’s wooden porch beams, wood on the porch roof and sheathing. In addition, the cover of an electrical junction box and outlet was missing, the door was damaged and the family was renting seven rooms in the two adjacent properties in violation of zoning laws.

To his credit, Jimenez told the news source that he began the repairs. However, he did so without the necessary permits, which he said he couldn’t afford. In July of that year, he reported to active duty for Operation Iraqi Freedom. While he was away, a county building inspector found that portions of the home had been built without permits. Jimenez claims that these occurred before he bought the home in 1989.

Jimenez didn’t technically receive the 90-day delay that he requested in 2007. But county officials argued he effectively received the delay because the county didn’t demolish his home until four years later. Further, during some of this time, Jimenez did not have active duty status, the Herald explained. District Judge Robert Scola Jr. disagreed, ruling that the county and building officials named in the case “missed the point.”

Regardless of whether you agree with the ruling, it is clear that courts uphold the letter of the Servicemembers Civil Relief Act, even in situations in which officials and businesses comply with its spirit. To ensure compliance with the SCRA, it is crucial for any organization that comes into contact with soldiers to regularly check military status and stay informed about this federal law as mandated by the Department of Justice.