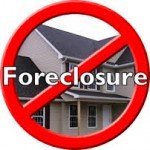 On March 22, 2016, the U.S. House of Representatives voted in favor of the Foreclosure Relief and Extension for Servicemembers Act of 2015. This bill, passed in a companion version submitted as S.2393, was signed into law by President Obama on March 31, 2016 and now is Public Law 114-142.

The protection is back to one-year after termination of active duty (retroactively to 1/1/2016).  This increase to one year is temporary.  On 1/1/2018 it will revert back to 90-days unless extended by further legislation.

SCRA foreclosure protection is but one of a number of protections afforded Servicemembers under the Servicemembers Civil Relief Act.  Other protections include the reduction of interest rates to 6% for certain obligations that pre-date active duty, protections against repossession, the staying of court proceedings and appointment of counsel to represent a servicemember, and certain benefits under insurance policies.

Many lenders have heeded the warnings issued by the Consumer Financial Protection Bureau (in light of heavy fines meted out) and have gone over and beyond the requirements of the SCRA.  Prudent lenders are affirmatively scrubbing their data bases on a regular basis to determine whether any borrowers are covered by the SCRA and reaching out to those borrowers offering to reduce interest rates, even though there have been no affirmative requests from the borrowers for relief.  Lenders are now verifying with SCRACVS or DoD throughout the default process to determine active duty status, rather than waiting until the lender is poised to apply for a default.