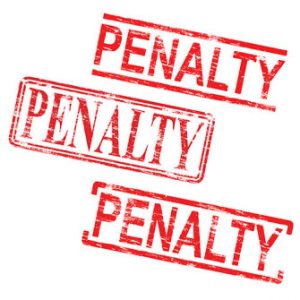 The Department of Justice has found yet another lending institution to have committed SCRA Violations after it illegally repossessed servicemembers’ cars.

The DOJ announced last month that it reached an agreement with a credit union in upstate New York,  in which the lender would pay $95,000 in fines and restitution for SCRA violations.

The SCRA protects servicemembers on active duty from actions such as vehicle repossession, foreclosure, and eviction. The federal law’s intent is to relieve servicemembers of the worry of paying bills while they are protecting their country.

SCRA Violations Can Be Expensive

If lenders or landlords want to take action against a servicemember, they must first get a court order.

In this case, the credit union failed to do so, the DOJ said.

The DOJ learned of the violations when two servicemembers filed suit against the credit union in New York. Upon investigating the matter further, the DOJ discovered a total of seven violations by the institution.

Military Status Verification: Whose Job Is It?

The SCRA requires servicemembers to inform creditors of their military status to receive protection. However, in practice, the burden of determining military status has often fallen on the creditors. Most courts require creditors to provide proof a defendant is not in the military before the case can move forward. Courts often consider it unfair to issue a default judgment against a servicemember when they cannot appear in court.

In the New York case, the servicemembers who filed suit complained that they had, in fact, informed the credit union of their military status multiple times, according to an article on Manatt.com, a legal website. Despite this, the credit union denied them their SCRA rights and repossessed their vehicles.

Institutions Must Do Due Diligence And Have Policies

A key factor in the settlement was that the credit union had no policies or procedures in place to help avoid SCRA violations. Whereas the DOJ is not always particularly lenient or forgiving, an institution that can demonstrate how the transgression occurred despite its best efforts to the contrary may fare better in negotiations with the DOJ. Absent any such efforts, institutions are more likely to find themselves a target for DOJ prosecution.

As part of the settlement, the website said, the credit union must submit to the DOJ plans that they put in place to prevent such violations from occurring in the future. They must also work to repair the damage they caused to the affected servicemembers’ credit.

As part of the agreement, the credit union will pay each of six affected servicemembers $10,000 each. The seventh servicemember, who got his repossessed vehicle back within 24 hours, will get $5,000. The remaining $30,000 will go to pay a civil penalty.

Be Safe: Get a Military Status Verification

It is critical to get a military status verification regarding before filing suit against a debtor in a court of law or before taking action like repossessing a car.  With an affidavit in hand about a person’s military status, a lender can proceed to take a judgment.